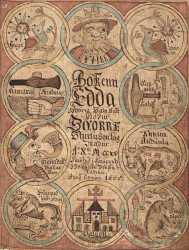 The collective myths of the Scandinavians (Sweden, Denmark, Norway, and Iceland). The main sources for Norse mythology, Indo-European in origin, are the Icelandic Eddas. The shaping of Norse mythology itself took place in Germanic Europe, including those elements of the myths which were current in Scandinavia in the millennium before that.

Most names are written in their original form, while in other cases the form most common to the general reader has been retained, such as Odin and Thor, instead of the Old Norse forms Óðinn and Þórr.