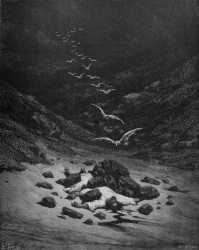 Called also Achar, i.e., "one who troubles,1 in commemoration of his crime, which brought upon him an awful destruction.2 On the occasion of the fall of Jericho, he seized, contrary to the divine command, an ingot of gold, a quantity of silver, and a costly Babylonish garment, which he hid in his tent. Joshua was convinced that the defeat which the Israelites afterwards sustained before Ai, one of the royal cities of the Canaanites, was a proof of the divine displeasure on account of some crime, and he at once adopted means by the use of the lot for discovering the criminal. It was then found that Achan was guilty, and he was stoned to death in the valley of Achor. He and all that belonged to him were then consumed by fire, and a heap of stones was raised over the ashes.