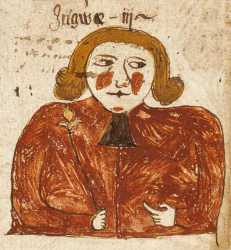 A son of Vóden (Odin), according to the euhemeristic account of the gods by Snorri Sturluson. He became king of Sweden after his father; and those houses come from him that are called Ynglings. In Ynglinga saga however, Snorri says that Yngvi (Yngve) was a second name for Freyr, and this name Yngve was considered long after in his race as a name of honour, so that his descendants have since been called Ynglinger. In Skáldskaparmál, Snorri says that Yngvi is one of the nine sons of Hálfdan, from whom the Ynglings are descended. The name is found several times in the eddas.

In the Nafnaþulur Yngvi is listed among the sea-kings. See also Yngvi-Freyr.